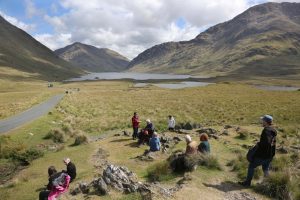 The 30th Famine Walk will take place this year on 19 May. The annual commemoration of the Great Hunger of 1845 to 1850 involves a walk from Delphi Lodge, Doolough to Louisburgh in Co. Mayo, on the same route on which hundreds died.

“It is very significant and was remembered in the folklore of the people as a tragedy that impacted on the people. The idea is we do that walk and remember those people,” Joe Murray, Afri Director told catholicireland.net.

Joe Murray has been on all the walks except one, and remembers that the first walk was led by Fr Niall O’Brien, who was wrongly imprisoned in the Philippines. Bishop (now Archbishop) Desmond Tutu has also led the walk, while members of the Choctaw Nation, which sent food to Ireland during the Famine, were present one year and the Maya people walked another year. Musicians are always present on the walks and Christy Moore, Ronny Drew, Donal Lunny, Declan O’Rourke and many others have attended over the years.

One very poignant moment was when the current owners of Delphi Lodge got involved and opened the gate of the lodge to the walkers and gave them a big welcome. On 30/31 March 1849, two poor-law commissioners were to assess people in Louisburgh. As “paupers”, the people were entitled to relief rations, but the commissioners sent the starving people to Delphi Lodge (ten miles away). The impoverished and weak people took the hilly track in wintry conditions, including snowfall. At Delphi Lodge, the gates were closed to them, they were refused food and admission to the workhouse, and so began their weary return journey, on which many – even hundreds – died. 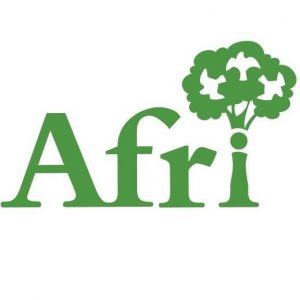 The walk leaders are different every year of the walk. This year on the 20th anniversary year of the Good Friday Agreement, one leader is Richard Moore, who was blinded as a ten-year-old child by a rubber bullet fired by a British soldier during the Troubles in Northern Ireland. He reacted by founding Children in Crossfire, declaring: “I learned to see life in a different way. I may have lost my sight, but I have my vision.”

This year is the 70th anniversary of the Palestinian Nakba, and Fatin Al Tamimi, Chairperson of the Ireland Palestine Solidarity Campaign, is another walk leader. Lisa Lambe will provide music.

“This year’s theme is: ‘Memory and Solidarity’– remembering our own history … and expressing solidarity with people who are suffering today like refugees, people in direct provision in Ireland, people experiencing hunger and poverty in a world of plenty,” said Joe Murray.

Walkers can raise sponsorship to help Afri continue its work. One of its projects is providing solar lights to areas in Kenya where there is no electricity. The walk is on Saturday 19 May at Doolough, Co. Mayo and walkers should register in advance on http://www.afri.ie/news-and-events/date-for-the-diary-famine-walk-2018/ 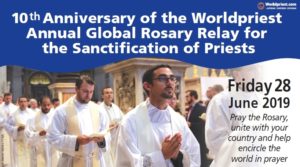 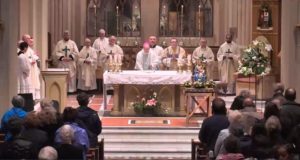